*****************
Need a get-away into real nature? I’ve got just the trip for you! Come with me on an easy overnight excursion—fully guided in English—to the nearby Tanzawa mountains. We’ll learn about the area’s fascinating natural history while enjoying fall colors, Fuji views and hiking—and, of course, traditional culture and food.

The Tanzawa mountains covers most of northwestern Kanagawa Prefecture, and borders Shizuoka to the west and Yamanashi to the north. The highest peak is Mt. Hiru, which stands at 1,673 metres (5,489 ft). Sacred Mt. Oyama, which some of you visited on an earlier trip in this series, is also part of the Tanzawa range. Much of the Tanzawa area is now protected as a nature park, and is popular year-round with hikers for its easy access as well as spectacular Fuji views. 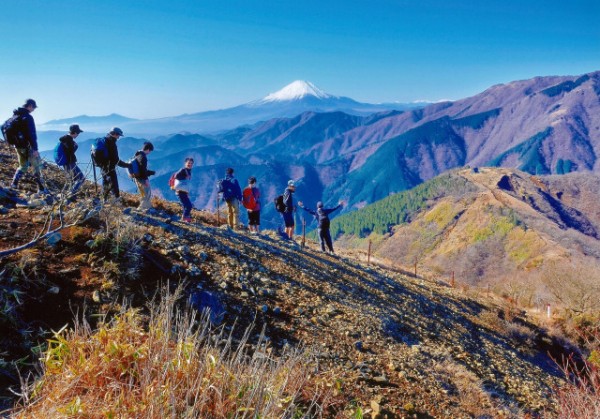 Our group, which is limited to 20 people, will meet at 9:15 am on Saturday Nov. 28 at Hadano station on the Odakyu Odawara Line. (Train information below.) Hadano was once famous for tobacco and peanuts; tobacco’s now a lost industry, and peanut growing is on the decline, but I have to say that Hadano peanuts are some of the best I’ve tasted. There are lots of interesting peanut confections in the station stores, too.

We’ll begin our adventure in the foothills, at a visitor center with lots of useful exhibits about the natural history of the area. A scale model of the mountains will give us a quick overview, and we’ll learn how the Tanzawa mountain range was formed—and why they are full of fossils of sea animals! (I don’t want to give away the whole story, but all of the Tanzawa mountains were once islands that got shoved against Honshu by shifts in the earth’s plates. Even today, the plates are still exerting pressure on the mountains, pushing them up a little higher every year. ) The tectonics of Tanzawa are complex; the ground under this part of Kanagawa is one of the few places in the world where three of the earth’s plates converge.

Next we’ll head on our private bus up into the mountains towards the Yabistu pass. On the way, we’ll stop for at the Nanohanadai View Point for a bento lunch break. If the weather is clear, we’ll have a good view of Mt. Fuji. There’s a wooden tower to put us well above the treeline; that climb will be a nice warm-up for hiking, and the structure itself makes for a nice picture. See what I mean? 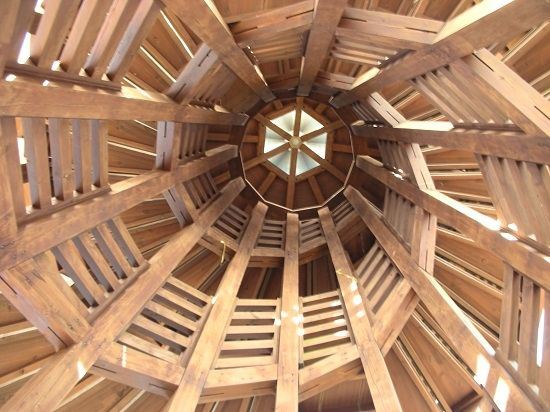 Now, what’s a trip into the mountain without a little hiking? (One of the luxuries of having our own bus is that we’re not constrained by the limited schedules and crowded conditions of the public buses!) Our first afternoon is set aside for a guided hike along a portion of the Omote-Ohne trail, walking from the Gomayashiki natural spring (elevation 725 m) up to the Ninoto peak (elevation 1,185 m) and then on to the Sannoto peak (elevation 1,250), where we can get an unobstructed 360-degree view over the entire area. If it’s clear, we’ll be able to see most of the Kanto plain, including the island of Enoshima, the Boso coastline, and of course Mt. Fuji! (For those who have been on my previous trips, we should also be able to see Mt. Oyama and the Manazuru peninsula—a great way to knit all the trips together.) (…) 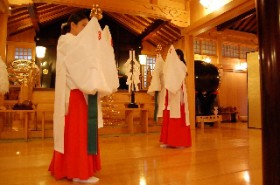 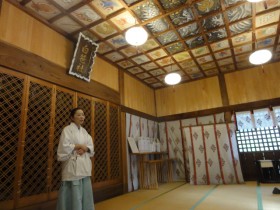 As something special, we have arranged for our group to view a special performance of „kagura“ shrine dance. This is not something you get to see everyday. After the first shrine visit, we’ll go to a lovely farm-like setting, with a water wheel and local produce for sale, where we’ll get a lesson in how to make soba noodles. Soba is an important food in mountainous areas where it’s difficult to grow rice, and making good soba requires good, tasty water –something we’ll know by now that Tanzawa has plenty of. (…) 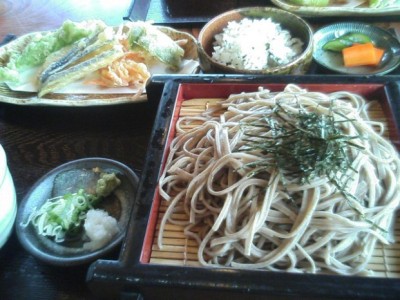