The book examines Japanese culture of the Muromachi epoch (14-16 centuries) with Ikkyū (1394-1481), a celebrated monk and poet, as its focal point. Ikkyū’s contribution to the culture of his time was all-embracing and unique. He can be called the embodiment of his era, given that all the features typical for the Japanese culture of the High Middle Ages were concentrated in his personality. Prof. Steiner’s multidisciplinary study of Ikkyū’s artistic, religious, and philosophical heritage reconstructs his creative mentality and his way of life.

The aesthetics and art of Ikkyū are shown against a broad historical background. Much emphasis is given to Ikkyū’s interpretation of Zen. The book discusses in great detail Ikkyū’s religious and ethical principles, as well as his attitude towards sex, and shows that his rebellious and iconoclastic ways were deeply embedded in the tradition. The book pulls together materials from cultural and religious history with literary and visual artistic texts, and offers a multifaceted view on Ikkyū, as well as on the cultural life of the Muromachi period. This approach ensures that the book will be interesting for art historians, historians of literature and religion, and specialists in cultural and visual studies.
The lecture will be accompanied by presentation of Ikkyu’s paintings and calligraphy and of artistic production of his circle.

Evgeny Steiner received his PhD from the Institute of Oriental Studies of the Academy of Sciences, Moscow. Since the early 1990s, he has taught and conducted research in the field of Japanese and Russian cultural studies at universities in Jerusalem, Tokyo, New York and Manchester. In 2007-09, he was a Senior Research Associate at the Sainsbury Institute for the Study of Japanese Arts and Cultures (Norwich-London). Since 2008 he is a Professorial Research Associate at the Japan Research Centre, SOAS (Univ. of London), and has been a Professor of the National Research University ‘Higher School of Economics’ (Moscow) since 2012.
He is a recipient of numerous fellowships and grants from institutions such as Pew Trust (USA), Leverhulme Trust (UK), Wingate Scholars (UK), NEH (USA), and Japan Foundation (Japan).

He published about twelve books including Stories for Little Comrades: Revolutionary Artists in the Early Soviet Children’s Book (1999); Japanese Prints in the Pushkin Museum of Fine Arts (as editor), Vols. 1-2 (2008); Orientalism/Occidentalism: Languages of Culture vs. Languages of Description (as editor, 2012); Zen-Life: Ikkyu and Beyond (2014); Hokusai Manga: The Encyclopedia of Old Japanese Life in Pictures (2016. 4 vols). He currently shares his time between Moscow, London and Jerusalem. 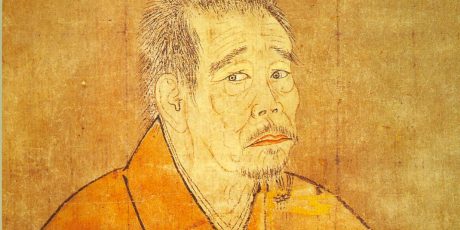